The NGO “Démocratie & Entraide en Syrie, Ghosn Zeitoun” has created an original welcoming scheme for Syrian high education students. This scheme is based on a partnership between a university (providing intensive language learning for around a year and insertion in education), a regional authority (providing grants for the students), the NGO (assisting the students in their social integration and administrative procedures, providing complementary funding) and France-Terre-d’Asile. This scheme has been adopted by the French Ministry of Foreign affairs and by Campus France. It is open for students from Syria, nationals or Palestinian refugees, initially resident in Syria, or refugees in neighbouring countries, or already in France. 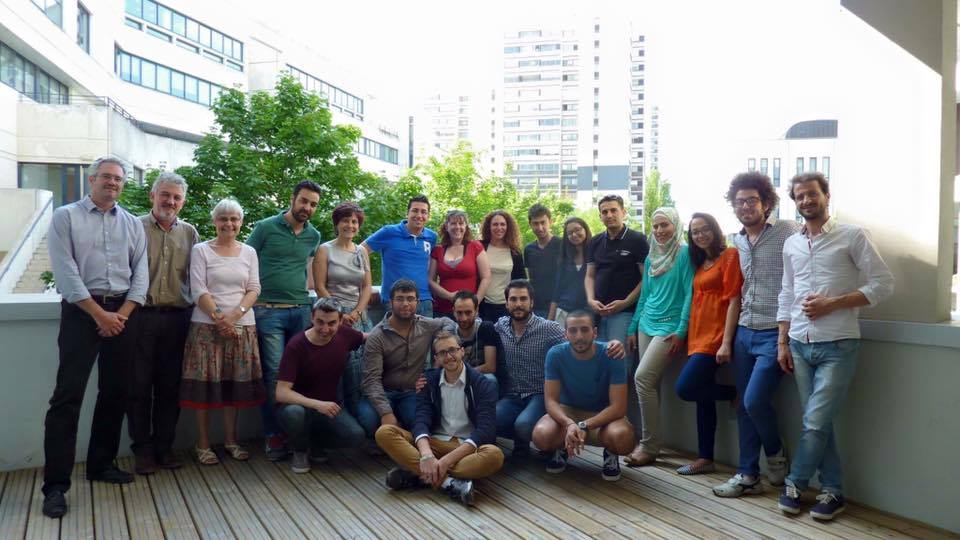 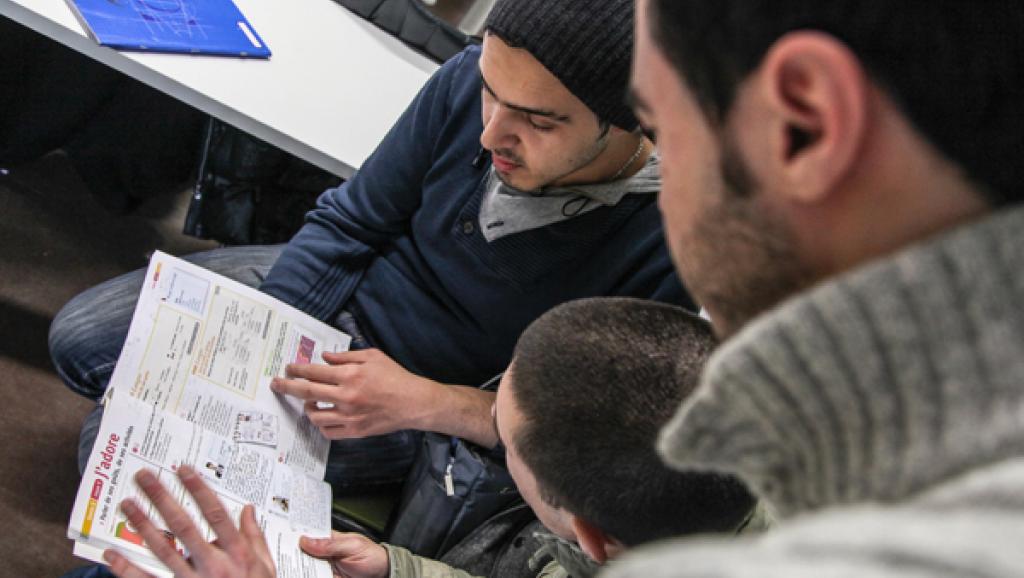 The scheme has started in 2014 with the University of Paris Est Creteil with 25 students, reproduced in Lyon with 10 students, then at Mulhouse, Toulouse, Marseille and Aix, Montpellier and Toulouse. Current extensions concern 20 students from Jordan and its refugee camps with Montpellier and Toulouse, and 25 students mainly from inside Syria at the Universities and Grandes Ecoles in Paris region. 100 grants has also been made through a partnership with France-Terre-d’Asile.

Impact
Duration: 4 years, since 2013
Refugee students: 2013: 40 students, 2014: 25 students, 2015: 100 students, 2016: 18 students, 2017: 54 students. Total: 237 students
Policy links
Our initiative is not linked to French national or European policies, but to the policies and efforts of solidarity made by Regional Councils in France. The following Regions and Departments had dedicated budgets and efforts for it:
Strategy
Our initiative mobilized regional authorities and universities to welcome Syrian and Palestinian (initially refugees in Syria) students to complete their studies. The following universities had developed specific strategies for such initiatives: The Conference des Présidents des Universités (CPU), grouping the leadership of French universities, had always backed and supported the initiative and the efforts made. The CROUS institution had greatly facilitated the welcoming of the students, particularly providing rooms in university dormitories. Campus France had always supported the implementation.
Collaboration
This initiative is based on establishing collaborations between NGOs, universities and local authorities for the welcoming of Syrian students enabling them to continue their graduate studies. In addition to the above mentioned universities and regional authorities. The major France-Terre-d’Asile NGO was a strong supporting partner, as well as the UNHCR.
There was no prior link with the major stakeholders. A step-by-step approach was built in each case to mobilize the regional authorities and the universities for launching specific initiatives.
Of course, we would love to establish similar initiatives with other regional authorities and universities, in France and in Europe. We expect that the positive media impact of the initiatives and of their outcomes (success of the students in their studies) will help such dissemination.
Practice testing
This initiative is unique, as it build on the willing of solidarity of local regional authorities. The Department of Val de Marne had been the first to engage in it, and its Ile-de-France region supported the initiative. The regions of Occitanie-Pyrénées-Méditerranée and the Mairie de Paris had brought a significant boost to it. Also, some universities had taken courageous steps, such as the case of the University of Haute-Alsace Mulhouse, even in the case where the support of regional authorities was difficult to mobilize, and the case of the Université Fédérale de Toulouse which mobilized the regional authorities to welcome students from the refugee camps in Jordan.
Our initiative had been followed by other NGOs to establish similar initiatives in Lyon (10 students) and in Strasbourg (also around 10 students).
The French Ministries of Foreign Affairs and of High education were also encouraged to establish specific programs for Syrian students already refugees in France or in Lebanon, and to create a specific program for researchers.
Sustainability
This initiative is built on an assessment of the gap existing in the French/ European system in the integration of young refugee students. Such young student needs intensive language training with financial grant support, until s/he reaches the level to be regularly integrated in the universities. The common public system allows him afterwards to benefit from other grants or to have a part time student job.
Our initiative fills this gap for the students already accepted as refugees in France, and only partially the other gap created by the fact that, prior to the civil war in Syria, France used to welcome around 400 Syrian students per year. Most of them with grants. This has been stopped since 2012, yet Syria shall need skills and knowledge for its reconstruction. Most of the current grants offered in EU for Syrians are for Master level and post-graduate studies. This is while the undergraduates have very little opportunities.
Funding
The initiative is built around our NGO where everyone works as a volunteer. The funding needed is mainly necessary to insure a grant support for the students at least for a year. This funding is provided by the contribution of regional authorities, parliamentary grants, and private fundraising. No contribution had been obtained at national or EU level.
The cost per student is estimated around 600 euros monthly for a year, until the student is effectively registered in universities where he/she can profit of normal support for his/her studies by the CROUS.
Further information
Facebook: https://www.facebook.com/Ghosn.zeitoun/