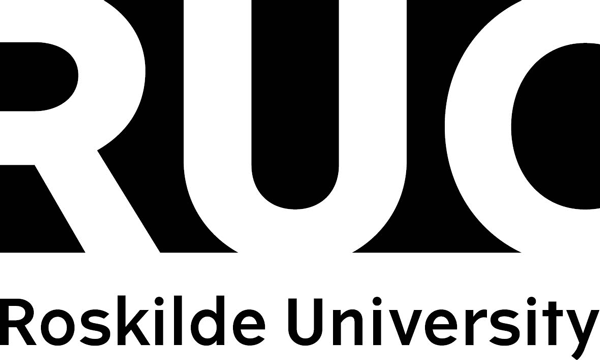 Change in Exile project: Re-invigorating Principles of Reform and Social Stability amongst Young, Syrian Refugees in Denmark and Lebanon, the FACE (Fund for Academic Cooperation and Exchange between Denmark and the Arab World) project.

Re-invigorating principles of reform and social stability amongst young Syrian refugees in Denmark and Lebanon was an 8 month project funded by the Danish Ministry of Foreign Affairs under their Danish Arab Partnership Programme / Fund for Academic Cooperation and Exchange between Denmark and the Arab World. Roskilde University in Denmark and Alert International in Lebanon were the main partners. Together we were looking at the role of formal and informal education activities in fostering socially meaningful interactions and encounters between young Syrian refugees and their Danish / Lebanese counterparts in their respective host societies (in our case Denmark and Lebanon).

In Denmark, although officially we have a pluralistic integration policy – where everybody lives together and can maintain their respective cultural practices, in reality Denmark has an assimilationist policy. Denmark’s benchmark of “successful assimilation” is one of successful individual inclusion and acculturation to the mores of Danish life. The Danish integration programme that all refugees have to undertake is now offered from one up to five years. In the formal education system refugees under 18 years of age participate in special programmes within the public school system. Once they achieve a Danish language level of 2 (Danish 2) they have an equal opportunity to continue in the public education system which they enter at the 9th grade. The involvement of young refugees in informal education activities is the responsibility of Danish municipalities and activities can vary across municipalities.

At Roskilde municipality, where the principal investigator of this FACE project works closely with Bent Hansen – responsible for young refugees – there are many informal educational activities taking place for young refugees and young Danes to get together. These initiatives include dance workshops which culminate in a public performance after some weeks, culinary experiences where young Danes and refugees shop together, cook together and eat together, movie evenings where these two groups watch a film together, amongst other initiatives. There are also mixed initiatives for example the Study Buddy initiative where a young refugee gets help from a Danish youngster in his or her Maths homework for example. Thus an informal initiative in this case supports the formal educational activity. Both our partners in Lebanon and we in Denmark have so far experienced more socially meaningful interactions between young refugees and their host community’s counterparts through informal educational activities. Our project is solution oriented which means that we aim to give a voice to minor refugees and young people from host societies to tell us what they need for meaningful integration in these communities. For this project we worked closely with community psychologists to ensure that we deal appropriately and on a needs-approach basis with these vulnerable teenagers. Our aim was that through our indicative findings so far we encourage those in power to streamline non formal educational activities that truly provide young refugees and youngsters in host communities with meaningful encounters.

This project aimed to strengthen collaboration between Danish and MENA academics and practitioners by producing knowledge on the role of education in promoting principles of democracy and reform among Syrian refugee teenagers in exile. The research focused on formal and non-formal education as avenues for strengthening social stability and cohesion in host communities in Denmark and Syria’s neighbouring countries – mainly Lebanon – that host the majority of these refugees. The project’s objectives are (1) to generate knowledge on the role of education in promoting democratic principles to support social stability between young Syrian refugees and host communities in Denmark and Lebanon; and (2) to enable dialogue and cooperation between academia, municipalities, NGO practitioners and UN agencies from Denmark, Lebanon and other countries neighbouring Syria to share learning experiences and inform policies that support social stability.

Impact
The project has been running since February 2016, when an inception workshop was organised at Roskilde University entitled “Developing a Comprehensive and Sustainable Integration Strategy for Syrian Refugee Children in Denmark”. We targeted 90 refugees in the Roskilde municipality. In the future, through our collaboration with various municipalities in Denmark, UN and several NGOs in Lebanon and Denmark our reach will be over the 1 000 mark.
Strategy links
Roskilde University’s primary objective is to contribute to experimental, innovative forms of research, learning and problem-solving that contribute to society's development. RUC was originally established in order to challenge academic traditions and to experiment with new ways to create and acquire knowledge.

RUC cultivates a project and problem oriented approach to knowledge creation, because the most relevant results are obtained by solving real problems in collaboration with others. It employs an interdisciplinary approach because no major problems are ever resolved on the basis of any single academic discipline alone. It also cultivates transparency, because participation and knowledge-sharing are prerequisites for freedom of thought, democracy, tolerance and development.

It has been a Roskilde University goal to be an international university for quite some time now. Our project continues in its endeavour to encourage our university to realise this goal to its full potential.
Collaboration
We collaborate with municipalities across Denmark, but especially with Roskilde,  Frederiksberg and Hedensted municipalities; psychologists from Ungdomscenteret Allégården and the Red Cross in Copenhagen; the Ministry of Education; the Ministry for Immigration and Integration; the Danish Parents’ Association; the Local Government Denmark or KL, Social Science Across Borders/Copenhagen Business School; public secondary schools; the Baptist church in Roskilde – youth section; NGOs including Refugees Welcome (legal advice and advocacy) in Copenhagen and the Syrian Cultural Institute also in Copenhagen; Hack Your Future, Christopher Klüter, General Manager, Copenhagen; IT training opportunity for refugees to learn coding; Aaben dans, Roskilde and Danshallen, Copenhagen (organised a series of dance workshops for refugee youth and their Danish counterparts); Roskilde youth centre, Copenhavnsvej, Roskilde; Jyllinge youth centre; Center for Kunst & Interkultur – CKI; OBESSU, Organising Bureau of European School Student Unions; Ungdomsbureauet, youth bureau, Copenhagen.

In addition, RUC students support the initiative, in the realm of their own project “Students Refugees”, which stems from the collaboration between RUC’s Students Support Refugees, the Danish National Student Union and the Student House.

Moreover, we have also been collaborating with the Open Society Foundations and The Hague Area in the Netherlands, as well as other partners outside of Denmark, including the Lebanon, Jordan, Egypt, Turkey, Italy, Germany, Finland, Sweden and Greece.

Most of the links were established during the life of these projects and we continue to build on existing collaborative efforts; we are also very interested in expanding our network.
Practice testing
Our project has led to municipalities and NGOs taking best practices and lessons learned from the findings of our project.

This project is premised by the underlying conception of refugee minors as not merely a vulnerable contingent of the displaced Syrian population, but one that possesses a certain agency for change and progress.
Sustainability
The projects above have been funded by the Ministry of Foreign Affairs in Denmark so they do have a limited duration. However, the Principal Investigator continues to apply for funding to build on this work.

We have been successful in securing an H2020 EU grant entitled SIRIUS which will enable us to continue with this work. SIRIUS will be a three-year project starting on 1 February 2018 and focusing on Skills and Integration of Migrants, Refugees and Asylum Applicants in European Labour Markets.

We continue our work with the young refugees through our engagement with municipalities in Denmark, in particular, as well as with psychologists working with young refugees.