The shocking pictures of a drowned Syrian boy in September 2015 spurred European governments and organisations into taking action to address the growing refugee crisis. The University of Bradford was no different and the Senior Management Team began to look at ways of responding. Consultation was carried out with local organisations at a Bradford City of Sanctuary event and with other UK universities. This suggested that the university should:

• Recognise how the concept of sanctuary fits with its traditional values and the Strategic Plan (which includes inclusivity, diversity, internationalisation and sustainability);
• See this as a long-term issue. “Responses need to be long-term. The refugee crisis will be here for years to come.”
• Recognise this as an issue that is wider than Syrian refugees. There are substantial numbers of asylum seekers and refugees escaping conflict in other countries such as Eritrea, Afghanistan and Iraq;
• Align with the civic and community response. The city of Bradford has a proud history of welcoming and including newcomers from all corners of the world and has responded positively to the current crisis. The City of Sanctuary initiative plays a major role in this response. 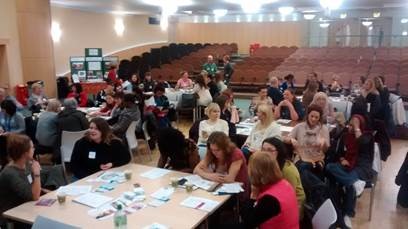 University hosting a conference for a local refugee charity. © University of Bradford 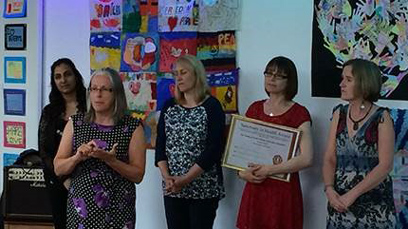 • To build on and scale up the excellent work previously carried out at faculty level in being awarded Sanctuary in Health to then apply for a University of Sanctuary award;
• To develop a holistic response across the university, involving faculties, professional services and students. This should be inclusive to generate commitment, ownership and awareness across the whole university;
• To take a broad, inclusive definition of sanctuary, embracing academics at risk as well as student refugees and asylum seekers.

The University of Bradford response is made up of seven elements:

• Introducing a Sanctuary scholarship scheme for asylum seekers and refugees working to guidelines issued by the Helena Kennedy Foundation Article 26 project;
• Hosting academics at risk in their own countries by working with the UK organisation CARA (Council for At Risk Academics);
• Establishing a University of Sanctuary working group involving academics, professional services and students and empowering it to develop a University of Sanctuary application;
• Involving the student body;
• Academic development informing curriculum development and research agendas;
• Opening up services to the refugee and asylum seeker community in the city;
• Advocacy both within the university through awareness raising events and externally, providing a platform for issues.

Impact
We have refugees coming to the university to participate in teaching, assessment and research. We have also opened up our resources to local refugees, e.g. sports facilities, English language classes and use of an allotment.

Since 2014, refugee researchers can work in teams with the University of Bradford researchers. Since 2016 we offer scholarships for refugee students.
Strategy
The initiative fits with the university’s strategic objective around equality and diversity. For further information, please click here.
Practice tested
Our work builds on the Faculty of Health Studies project which began in 2012. This invited refugee women into the faculty to engage with teaching, assessment and research as well as opening up our facilities to support conferences and meetings. Staff engaged with refugee related research and published on this. The current initiative is rolling out these activities across the university.
Collaboration
We collaborate with Bradford City of Sanctuary, the Refugee Council, and the Maternity Stream. These were pre-existing links but have developed further.
Funding structure
The scholarships and any expenses for visiting refugees are funded by the university. The other activities do not require funding.